McCarran International Airport , also called Las Vegas Airport, represents the main gateway toward the resort town Las Vegas –“The Town of Lights” or “The adults’ Disneyland” that represents a combination of luxury, grandeur, lights and colors.

McCarran Airport is the main commercial airport that serves Las Vegas and the whole region of Clark, Nevada county, being the biggest operating base both for the low cost carrier Allegiant Air and the south west region. The airport is located at a distance of 8 km south from the business center from Las Vegas, having 4 runways and a surface of 1,100 hectares, serving as main hub for Great Lakes airline.

The airport holds 110 gates at two separate buildings of the terminals, each with its own garages, the ticketing/check-in area having many stores, restaurants and fast foods.

The airport holds a maximum capacity of 53 million passengers and 625.000 aircraft movements, having a free transfer bus service, which performs between terminals at each 12-15 minutes.

Las Vegas airport, the 7th most crowded airport in North America, was the first airport in US that used the radio frequency for the control of the passengers’ luggage, this way reducing the chances of losing the luggage.

In 2012, McCarran/Las Vegas airport was ranked the 24th busiest airport by passenger traffic with 40.799.830 passengers, and occupied 8th place for the aircrafts’ movements with 527.739 takeoffs and landings.

The airport shelters Howard W.Cannon Aviation Museum that describes the aviation history of the town, being permanently open and having free access.

The airport offers a free access to W-fi , being one of the biggest Wi-fi services in the country, the network servicing 41 million passengers who use the airport annually.

Furthermore, the main attraction of the airport is represented by the 1000 automatic cars in the airport’s terminals that enchant the passengers extremely much, being known that this makes the town’s emblem.

For those who want to see the surroundings of Las Vegas closely, McCarran International Airport offers you the quickest way to live these moments of excitement and maximum delight in one unique place in the world – “the town of towns”. 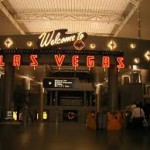 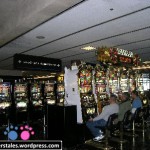 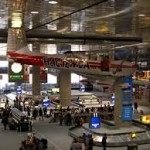